I'd been wanting some beef ribs, so the wife checked the freezer and we had a pack of beef back ribs and a pack of 2 good sized beef short ribs. I looked at them and thought, "What the heck, I'll cook 'em both up!"

I sliced the short ribs in half so they were the same thickness as the back ribs, and seasoned all but two pieces of the short ribs up with a light coating of "Smokin' Guns - Sweet Heat". The other two pieces were for the pooch, so no seasoning! Onto the MAK for a ride in Smoke mode for about a couple hours, then bumped the temp up to 245° for another couple hours. 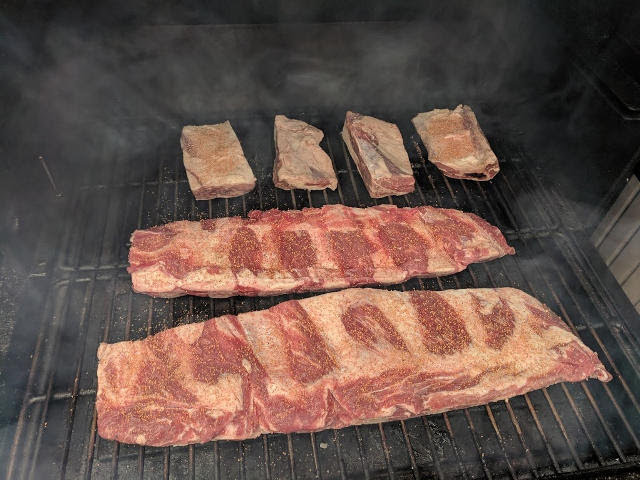 Getting some nice pull back on them bones. 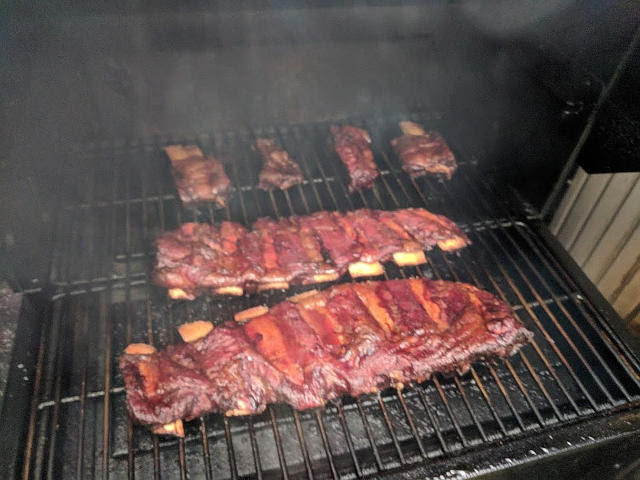 Next, they were wrapped tightly in foil with a little hard cider to braise for about an hour or so at 325° until tender using toothpick test.

Once tender, and fat rendered, the temp was bumped to 350° (to get a little caramelization) and they were sauced with some of my homemade low-carb BBQ sauce. Look at how much smoke is still rolling out of the MAK even at 350° with the new FlameZone. I had a hard time getting a decent pic with all the smoke and had to settle for this one, so I could get the lid closed! 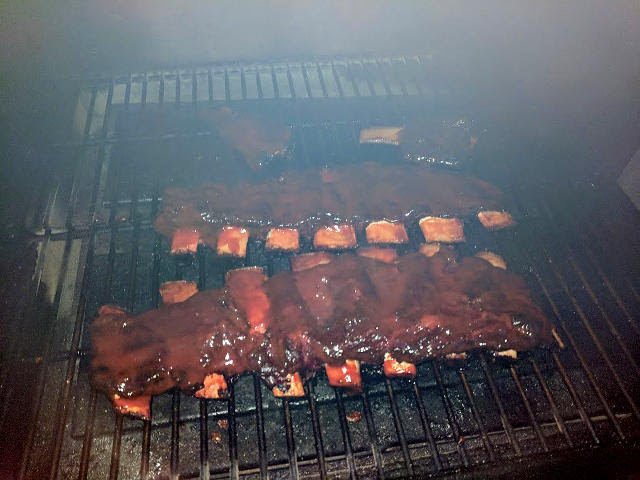 The ribs came out very tender, tasty and smoky! I had mine with some creamed Cauliflower and a salad (to keep it low carb). 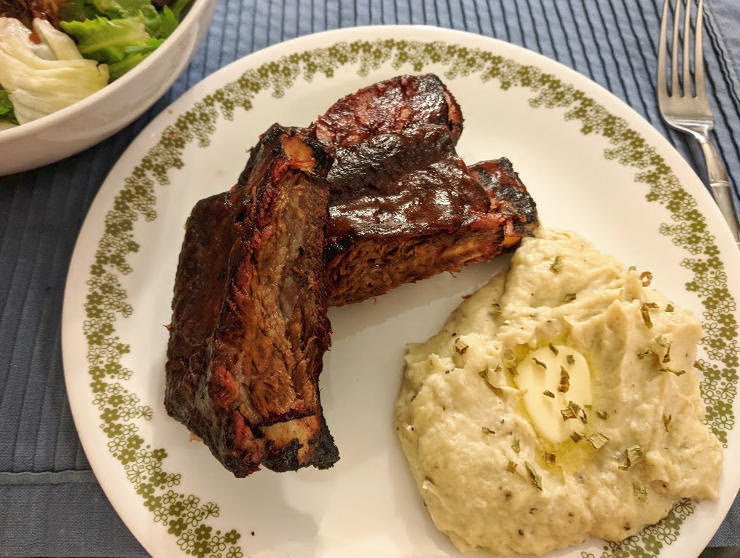 The New FlameZone funnel design really does allow for more smoke even at higher temperatures. I love it! :thumbup: