Props go to my friend Mike down in Georgia (HighOnSmoke) for giving me this idea, which he saw on Harry Soo's website.

I picked up the rear half of a bone-in pork loin from the butcher. The ribs I trimmed off & cooked separately, leaving the boneless loin & the bone trimmings, which did not get thrown away.

I did not get any pics of it in the brine, but I used my own brine recipe (more details are posted in the Ham 101 thread).

I also put the bone trimmings in the brine as well to cure along with the loin. They can be used to make stock, go in a pot of beans, etc. Here's the loin & bones one the MAK rolling some Cherry smoke. We ran it in smoke mode for 1.5 hours then bumped the grill to 225° until the ham reached an I.T. of 145°. 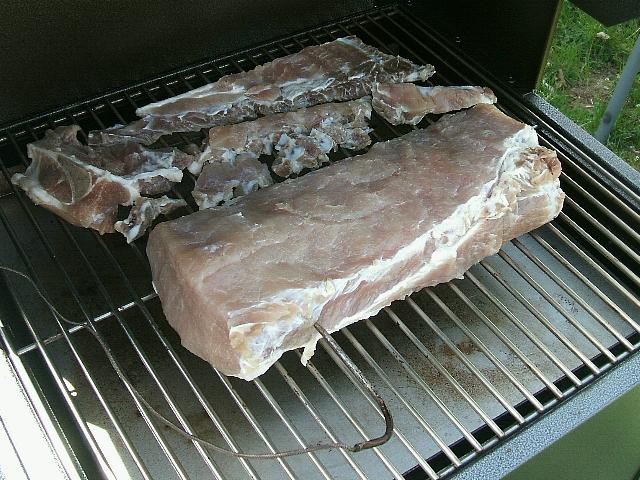 When the loin reached an I.T. of 145° I brushed on a pineapple/brown sugar glaze & decorated with pineapple & cherries. 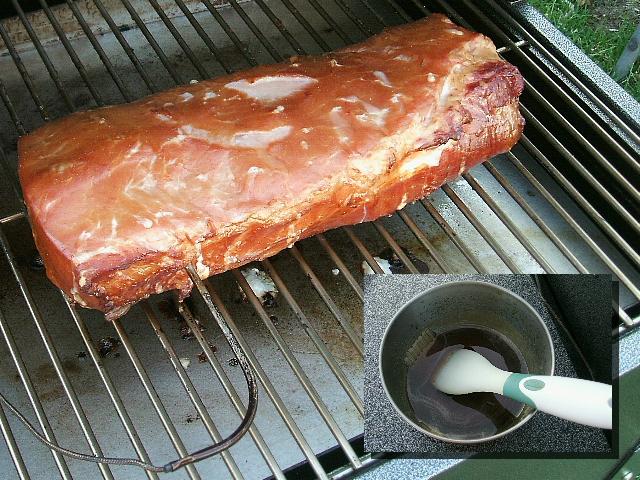 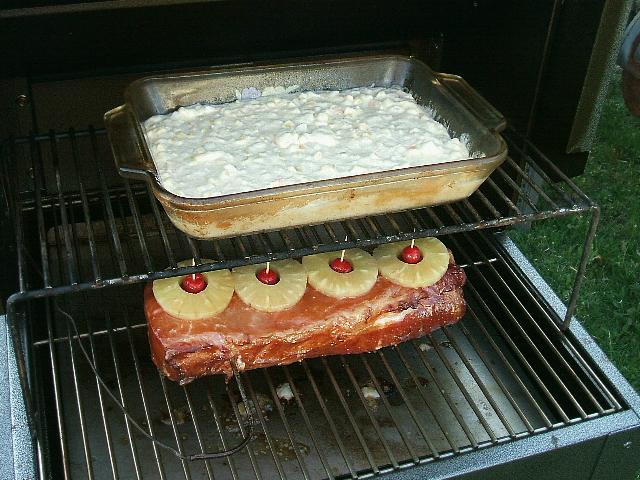 My Wife & daughter made some ham stock from some of the bone trimmings, & picked the meat off which I turned into gravy. 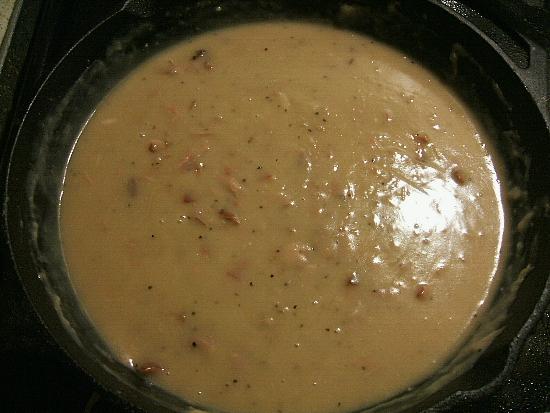 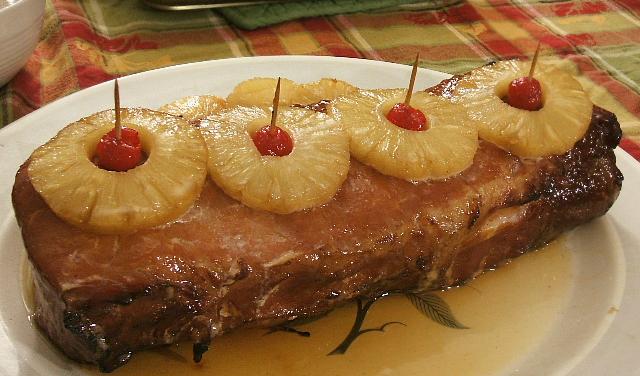 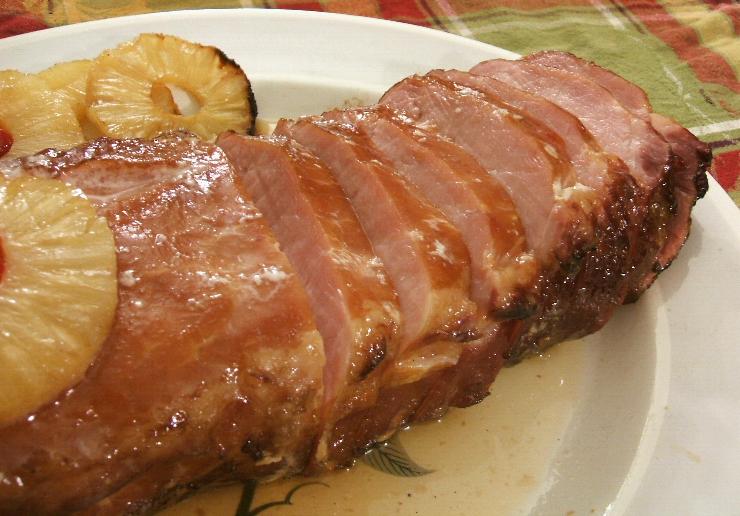 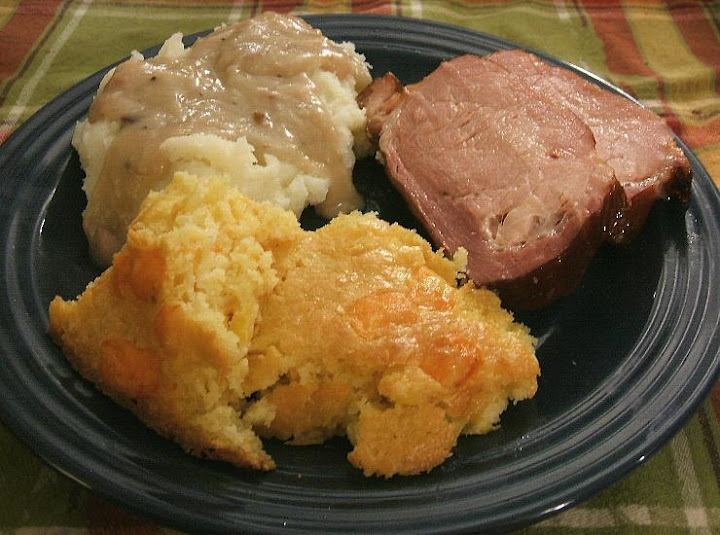 This loin ham was definitely worth doing!
Last edited: Apr 21, 2014

WOW! Looks great. Did it have more of a ham taste or loin?

RickB said:
WOW! Looks great. Did it have more of a ham taste or loin?
Click to expand...