Deb is the Judge! This weeks contest! Enter and win big!

sparky said:
...she said chicken. cool. i can work with that. as i am walking out the door, she comes up to me a gives me a kiss and then said in a stern voice, "only 2 racks of ribs, no more". she knows me to well.
Click to expand...

Ha ha! I about fell out of my chair when I read that! Too funny (my wife has me pegged too! )!

You guys and gals are the best...Carter those sausage and peppers are great too...love all the cooks

ok, rip & rick. Tell me, how can you have pizza and chili and no FT? some things just pair well together (you know how hard this is in the backyard on a little cell phone without your glasses, really hard, taking me 15 minutes to type this one msg).

when is your guys smoke out? give me any address and i will send ya'll a case of FT. moon pies too.

I think I'm about as far East as the New Belgium distributors go.. It used to be rare around here, but now even the gas stations (well, the ones in the nicer parts of town ) carry it.


Smoke Out is June 25th starting at ??? whenever you get here. All are welcome to attend. And if you dont then your missing out on deb's fantastic deserts...

We have moon pie here now.

You need anything fron NC or from NOLA? We will be stopping on the way back staying in AL to visit TMB, GUS and TR. GUNPOWDER?

Of course i will have plenty of CT

sparky said:
ok, rip & rick. Tell me, how can you have pizza and chili and no FT? some things just pair well together (you know how hard this is in the backyard on a little cell phone without your glasses, really hard, taking me 15 minutes to type this one msg).
Click to expand...

HaHa! We do have FT here in Nebraska, been known to buy them from time to time, (I even have a FT t-shirt, if the weather ever warms up, might have wife photo me at the smoker wearing it). As far as the pizza, I was drinking Jeff's Pale Ale (micro brew, has an airplane on the bottle, how can you go wrong with that?)....sorry, back in Jan/Feb I was including beer bottles in my pics, now (as Sparky predicted) with my belt needing loosening, I've been drinking more Coors light, didn't figure anyone wanted to see that!!

This week I relented and got some Jeff's and also Sawtooth Ale, another fave...will see what I can do if today's cook finds its way into the contest.

I'm hungry If I counted correctly only 5 cooks so far, need 7 more to get BP to pay out the big bucks!

It's been real quiet this afternoon Deb....everybody must be out cooking.
I

I am on the bench this week. At the fire college for a week of training but I am looking forward to some great cooks this weekend 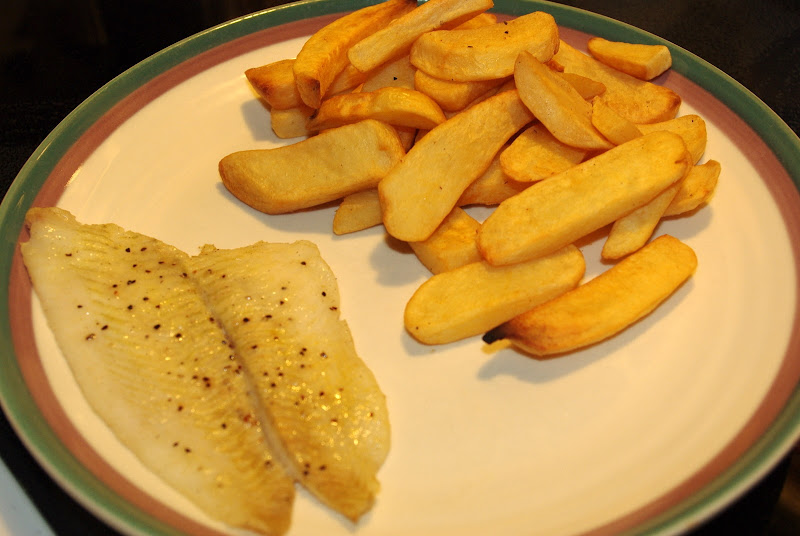 Actually, it was flounder and fries.. 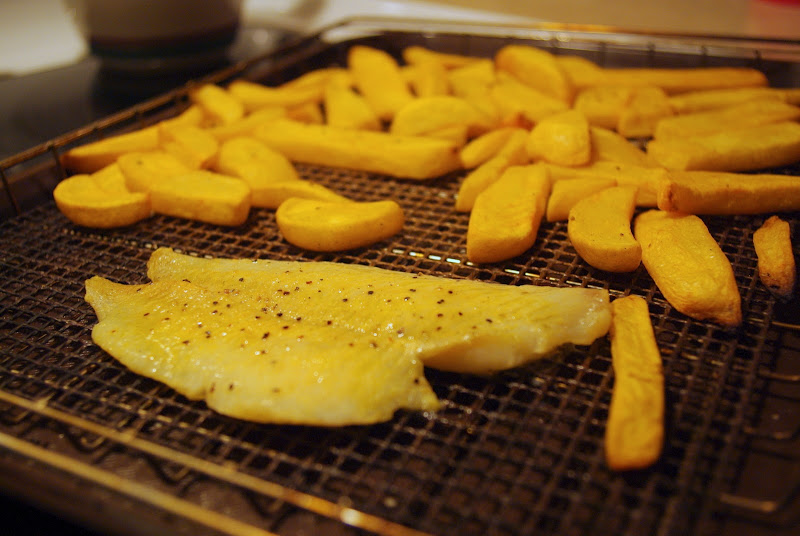 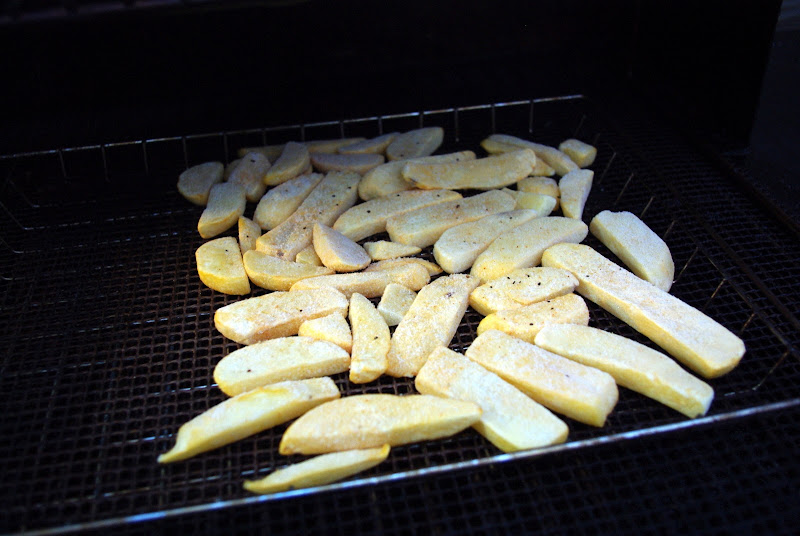 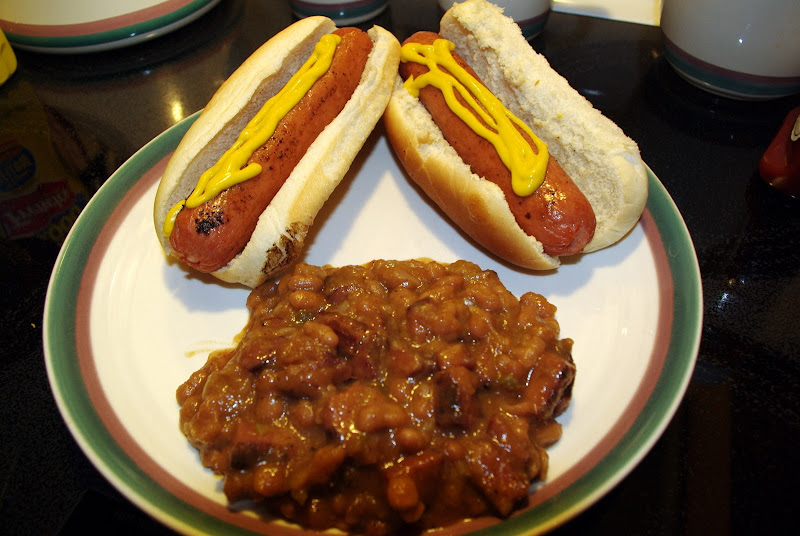 Actually, it was Omaha Steaks gourmet franks, and my Sauced Apple/Tasso Bean concoction. 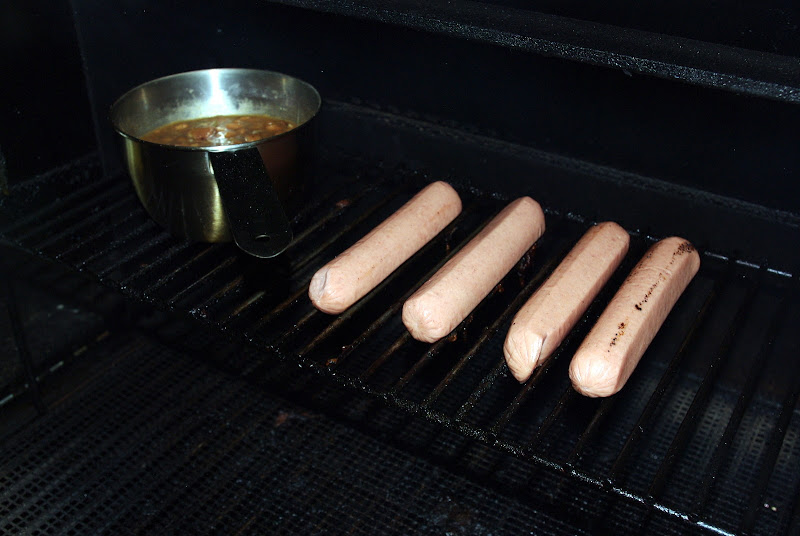 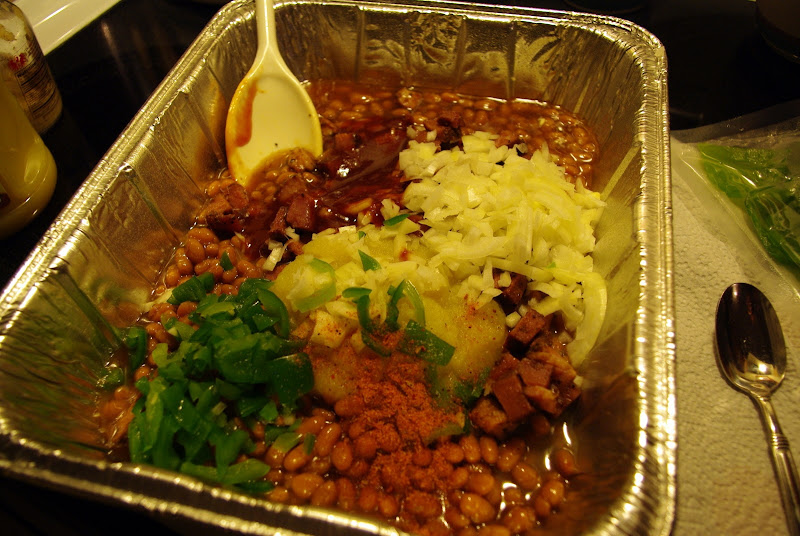 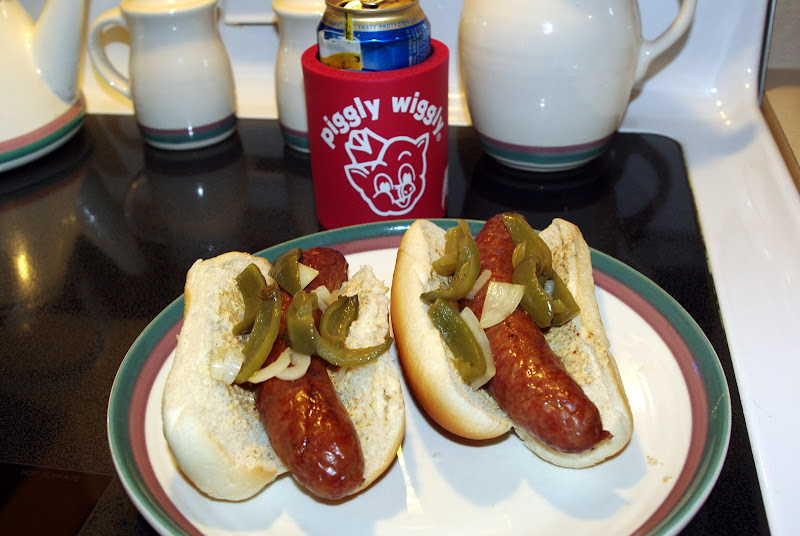 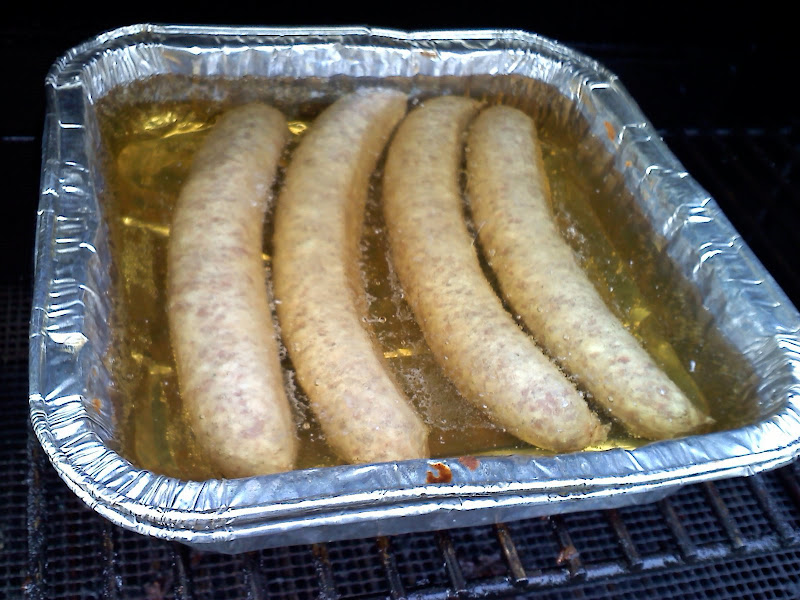 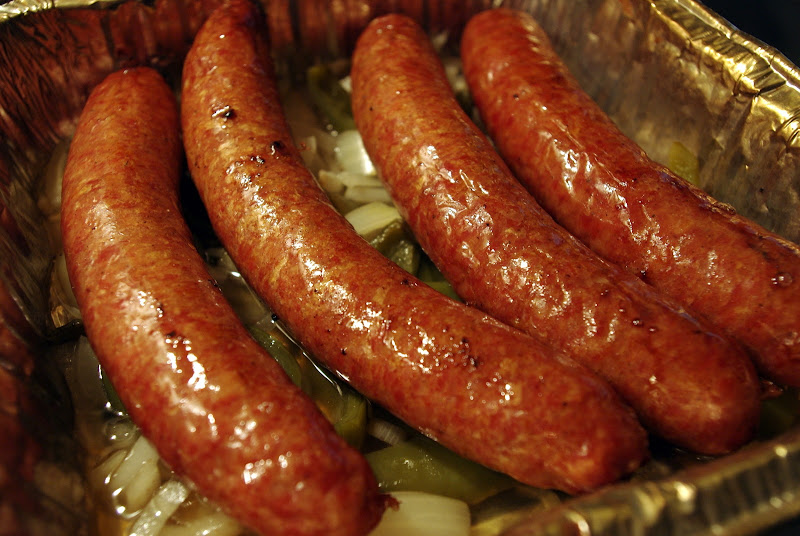 MrsSTC is in Florida watching baseball, so I got to play with a few things we normally don't eat on a regular basis. It was fun!
Last edited: Mar 28, 2011

Bribery Butts
my wife's boss loves my bbq. she has a raise coming up again soon. never to soon to grease the wheels. awayyyyy we go.
wee willys & CT and little louies & spicy brown glue.

next morning. i love the mornings. nice and quiet, everyones still in bed. a nice latte is in order.

pulled at 190º and put in pan with apple juice and foiled it back up. back on the mak.

took off at 203º and let rest. starting pulling and my daughter keep eating the bark. thats my favorite part.

more help from other family members too.

put juice back in without the grease.

wife took it to her boss at work. greasing the wheels. we had some of each. very good.

One last parting shot from my back yard... 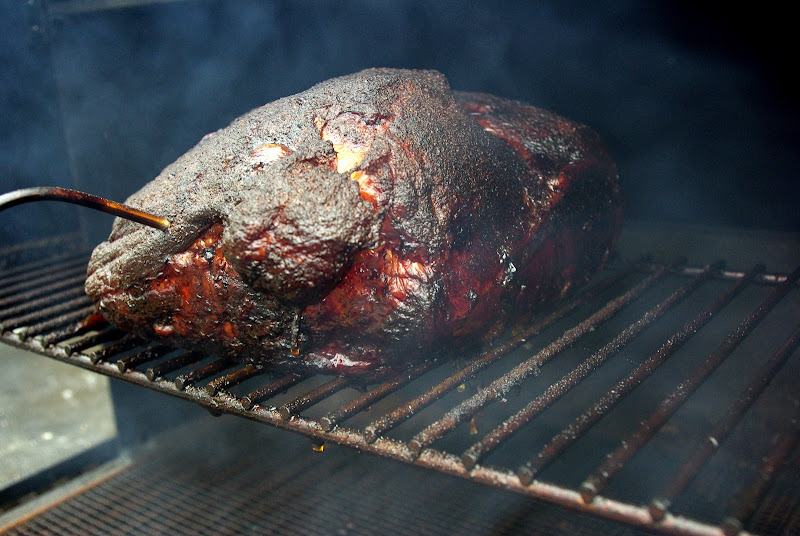 
Your 'butt' post reminded me that I did this Friday night, and forgot to upload the pic.

Slowly but surely some of the latest products are finding their way to my kitchen...time to put them to work!

Started off with two spatchcocked chickens, the thighs were removed so they would fit into three one gallon bags. SOW BBQ Marinade was added, extraneous air was carefully purged, pressure set to one atmosphere, and then sealed for 4 hours. (yeah, a marinade express would be nice!)

Hit with a dusting of BPS Desert Gold and then onto the grill at 250, hickory pellets.

While the chicken rested, Twice Baked potatoes and Asparagus were put on at 375. The asparagus was also marinaded in SOW BBQ Marinade. The potatoes had the usual plus bacon chunks.

The verdict? Andy and Kim have a real winner with SOW BBQ Marinade! BPS Desert Gold also lived up to it's advance billing. The chicken was awesome! The marinade flavor was great on the asparagus as well. A very tasty meal, thanks Kim, Andy, and BP!

Oh yeah, did I mention brownies had been baked too?

Foiled with apple juice and into the cooler till about 6pm...Still Piping Hot!!

We did sliders on Hawiian sweet rolls with homade slaw, wife made a non mayo potato salad that was fantastic and some beans...