Bought a 2# brisket flat last week at $4.12 a pound. There wasn't any fat to trim. I did some research on the Net and found many recipes and lots of videos. I combined information from several and came up with a plan.

Applied some salt, pepper, and rub to the flat and wrapped it in saran wrap and overnighted it in the fridge. Not sure if that is a good idea to do that or not, but its done. Please advise if this is a MAJOR no-no.

Next step was to get up this morning and unwrap it, stick an IT probe into the end and fire up my 3-week old CampChef Woodwind SG Pellet Grill. I set it to High Smoke (220F) and let 'er rip for three hours at which point the IT was setting at 164F.

This was at 9:00 AM. According to most recipes, that just about where you want to wrap the brisket in tin foil and continue with the cooking process. Double wrapped it and bumped the heat up to 225F because most of the recipes for brisket call for cooking anywhere from 225F to 275F.

I then did some home stuff and decided to go to the grocery store and a couple other stores and was gone until Noon. I didn't expect the IT to be at the magic range of 200F to 204F that most recipes recommend for ending the process. But when I got back, the IT was setting at 211F. I stuck a probe into the brisket through the foil and the texture was like peanut butter, so I guess I've got the tenderness I was looking for. But did cooking it to that high a temperature totally ruin it? I still don't know.

I took it out of the cooker, placed the wrapped brisket in a metal pan, wrapped all of it in a heavy towel and put it into a small cooler to rest. It is still resting and I plan to let it do so until at least 4:00 PM. I may even let it go to 5:00 PM because that's when we normally eat dinner.

Big question here - can you over rest a brisket? Would 5 hours be too long?

Great job on your first brisket! It's a tough piece of meat to get right on the first try.

No you cannot rest a brisket too long, unless you let it rest so long it gets cold.

Try and get some pics of it after slicing to share with us!
D

I think it turn out very nice. It passed the pull and bounce test as seen in several videos I watched yesterday. The taste and texture were between excellent and outstanding. It was very, VERY hard not to eat it all. I did stop at 6 ounces and have about 5 ounces left for lunch tomorrow. I am absolutely loving this pellet grill. 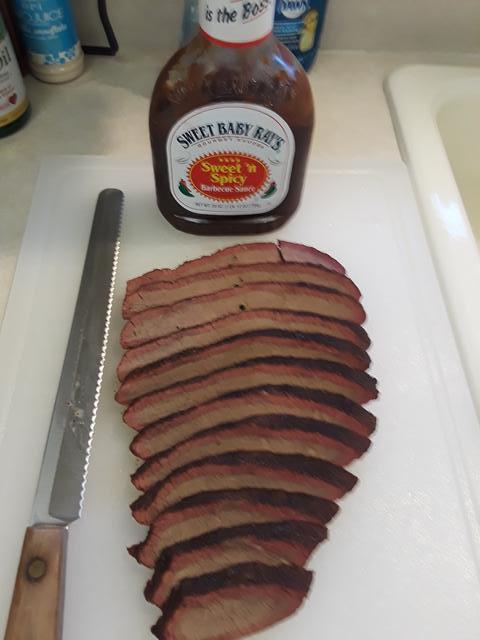 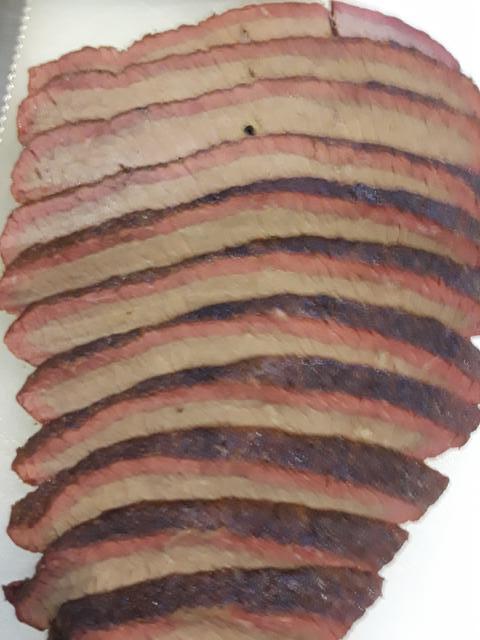 Bob,
Thank you for your post! I am currently smoking a 3.5 lb. flat, skinny brisket, in my Camp Chef. I am following your instructions since it came out so well!
Thanks again,
Val
D

gilleegolf1974 said:
Bob,
Thank you for your post! I am currently smoking a 3.5 lb. flat, skinny brisket, in my Camp Chef. I am following your instructions since it came out so well!
Thanks again,
Val
Click to expand...