The H.S. Band has a band trip planned for Chicago this next weekend. I wanted to take something along to share on the bus trip going up. Snack sticks always seem to be popular.

I'm playing with all of these, tweaking the recipes, methods, etc.

Pastrami Sticks:
Last year I experimented with a Pastrami Log by simmering some pickling spice then adding that to the ground beef. It turned out pretty good, but it didn't quite have enough of that classic corned beef flavor I was after.

This time I decided to try making my own pickling spice mix from ground spices that I could add directly to the ground beef. Here's what I came up with (I also added just a little brown sugar - not pictured): 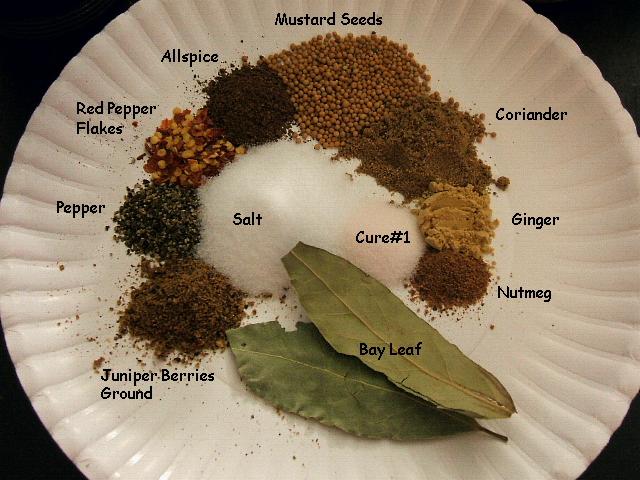 Pepperoni Sticks
Same basic recipe, I just increased the powdered buttermilk & red pepper by 50% to increase the tang and spice level a bit.

For the ham sticks, again instead of brine-curing strips of pork into ham first, I thought I'd try starting with ground pork and see if I could simplify it a little.

Half will be Honey Ham and the other half Maple & Red Pepper. Both are mixed and resting in the fridge for a few days to allow time to cure & develop that "hammy" quality before stuffing into casings. 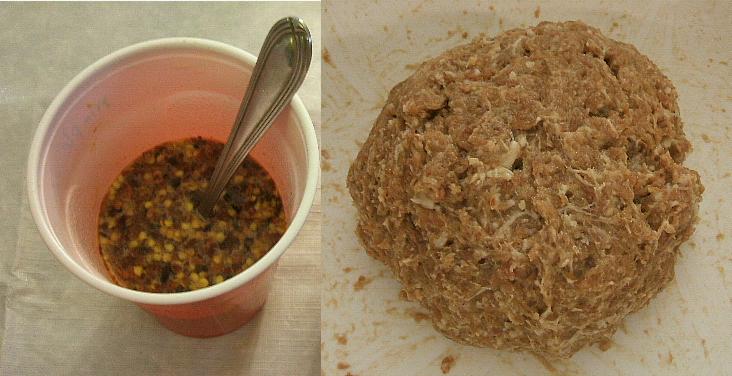 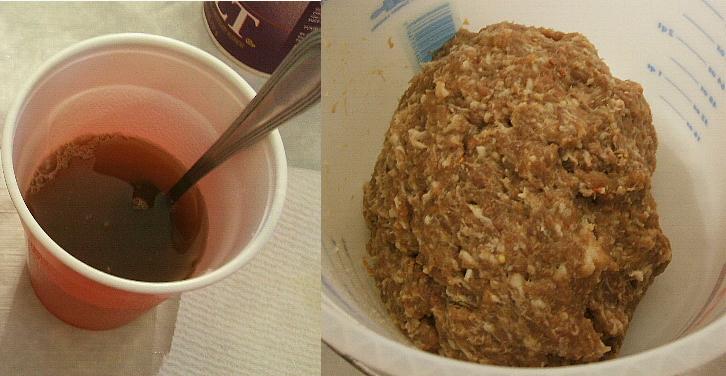 The test patties for all tasted pretty good. Everything mixed and resting in the fridge a few days to develop flavor before stuffing. 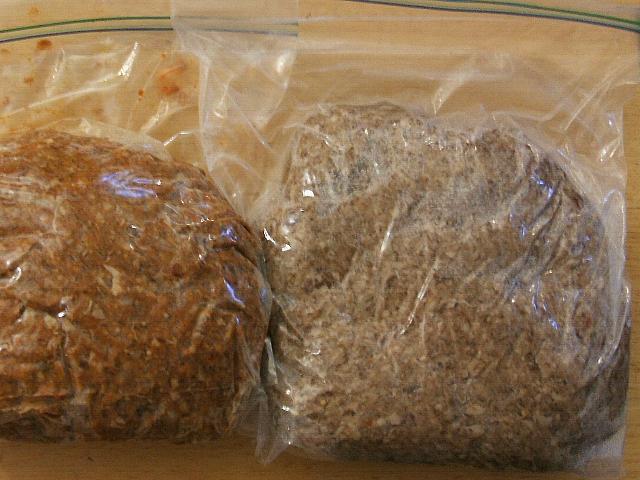 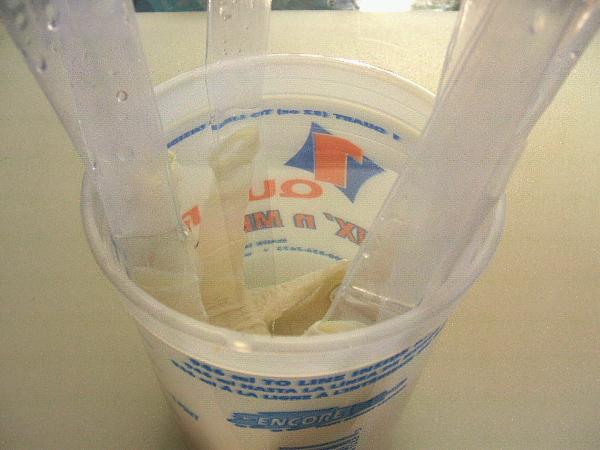 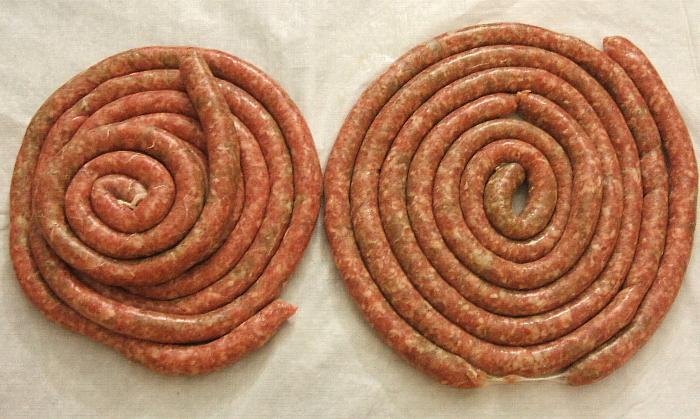 Everything into the MAK rolling some Hickory smoke. After an hour I bumped the temp to 215° for an hour, then to 225° until an I.T. of 152°. It was a chilly night, so I just shut let them sit in the grill overnight to bloom & cool.

After blooming & cooling overnight. I love the texture the sheep casings give. 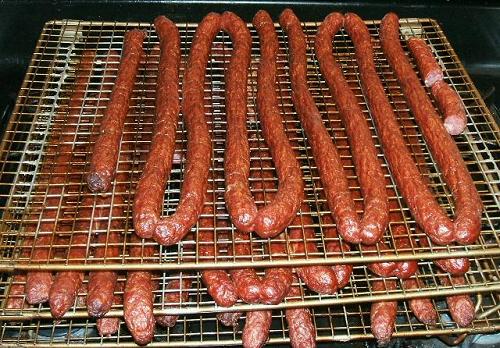 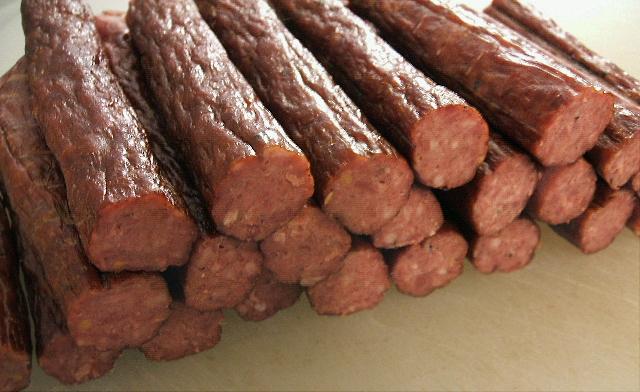 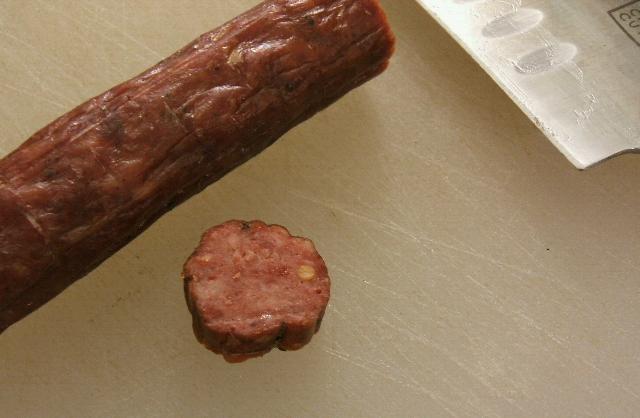 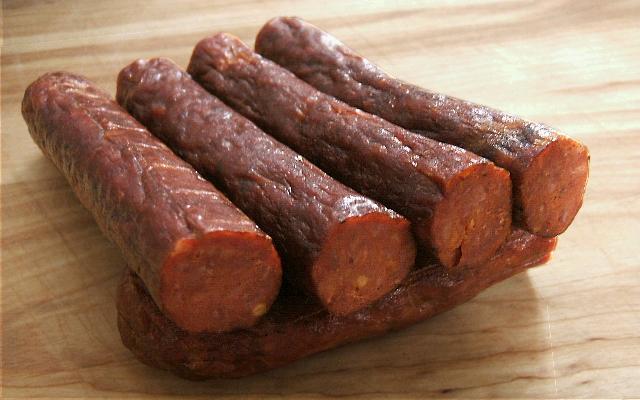 Ham sticks: Maple & Red Pepper sticks on the left, Honey on the right. 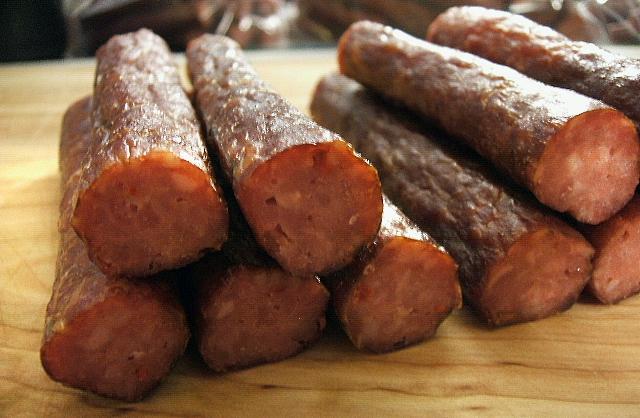 I am extremely happy with how all of these turned out.

The Pastrami sticks had the flavor & texture I was after, the pepperoni sticks have the tang & Spice I wanted, and the Ham sticks have a great hammy taste & texture.


I will DEFINITELY be doing the ham sticks from ground pork from now on. It was much simpler. The only changes I will make will be in tweaking the flavors a bit, dropping the sugar/brown sugar and using straight Honey or Maple syrup next time.


All bagged up & ready for the trip! 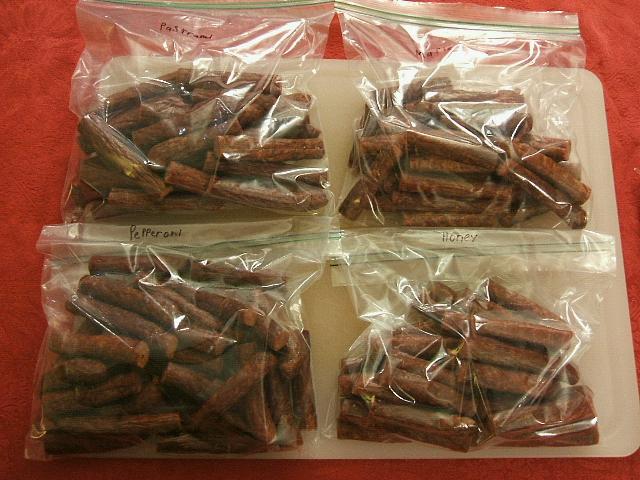