A quick disclaimer: I do NOT work for MAK Grills, I am just a happy customer who gets to do some testing for them once in a while.

Just when you thought that your MAK grill couldn't get any better, MAK has gone and done it again!

A few months back I got a phone call from Matt, at MAK Grills asking if I'd be willing to install and test a new ignitor system they had developed. This came at a good time since my current ignitor was starting to bulge and most likely getting ready to fail.

Matt said it was something totally new that no-one else had. I agreed, and ever since using it for the first time, I've been chomping at the bit to post about it. But since it was in the testing phase I had to keep it on the down low.

Matt finally gave me the OK, so I am proud to introduce the new FlashFire[sup]TM[/sup] Ignitor from MAK Grills.


The FlashFire Ignitor is a ceramic ignitor that sits in a housing tube behind the firepot. It allows extremely hot air to be blown into the firepot to ignite the pellets. No longer is there a metal ignitor rod sitting inside the firepot.

What Matt didn't tell me was just how quickly it ignites the pellets.


After my son and I installed it (which took less than a half hour), we started up the grill to test it.

All I can say is WOW was I pleasantly surprised! I should've known there was a reason they named it the "FlashFire Ignitor!" Within 2 1/2 minutes the pellets were lit and the grill was up and running!


Here are the parts I received: The ceramic FlashFire ignitor, the housing tube, a new firepot (to fit the housing) and a replacement Fuse and drill bit (for drilling out the rivets for the original ignitor holder). It also came with very clear instructions. 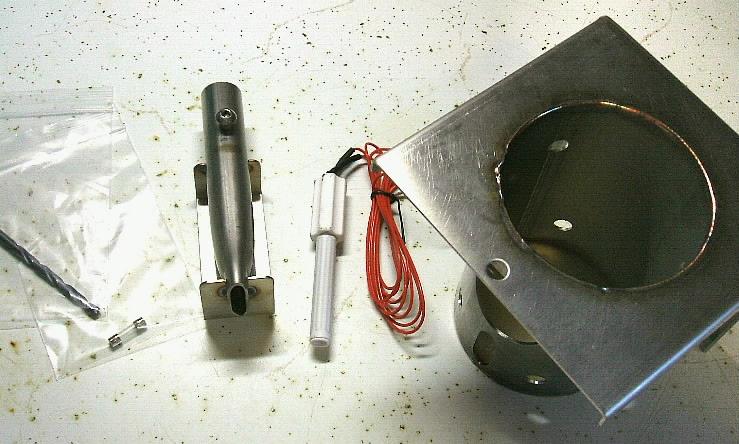 Here it is installed in our MAK 1 Star. The firepot, which has a matching slot for the ignitor housing, slides into place even easier than before. 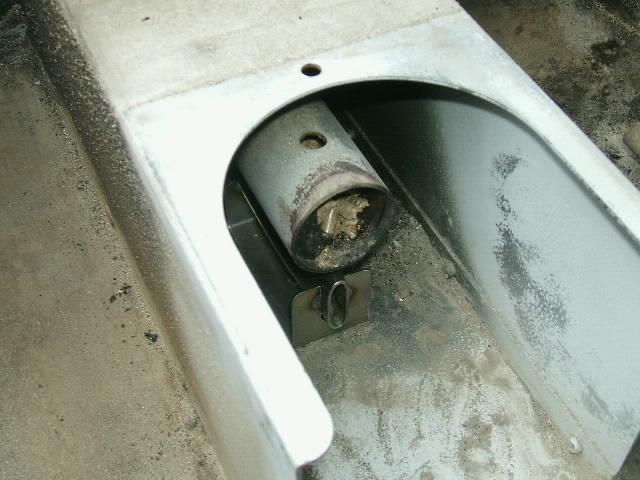 Here is a video, we shot, showing just how fast the ignitor works.

All I can say is I am continually impressed with MAK's ability to always be on the front edge of Pellet Grill technology, and this is no exception!

I will let Matt or SmokinKat share any more details, specs, etc.

Thanks for sharing the video, Cliff! Yeah, it is really remarkable how quickly it gets up and going!

Big Poppa should have some more information and have them available for sale on his site soon! Basically instead of having the igniter sitting inside the firepot, this one sets outside of the pot, and heats up to 2000°F in like 10 seconds. Then superheated air is blown into the firepot, and ignites the pellets really quickly. Since they're made from ceramic, they're also not prone to failing in the way that traditional steel igniters are.

The best thing is that they're rated for 90,000 on/off cycles, which means they should last practically forever!! They're $200, and take about 20 minutes to install. The kit comes with the drill bit and everything you need to switch things out, including a beefier 4 amp fuse that goes in the back of the Pellet Boss.

The upcoming 2016 models will have them as standard equipment, but those won't be released for awhile yet-- we'll keep you posted as we find out more!

Definitely a big step up, and we've got even more exciting innovative stuff we'll be releasing later this year. I could not have asked for a better company to work for and be so proud of!

I have been testing one and it is awesome

Great innovation.. leave it to MAK to reengineer how pellets are lit.

I have one on the way. I'll report back on it but knowing MAK's innovation history I know it is going to work as advertised. I'm very excited about this latest improvement.

Let me throw my 2 cents in here on FlashFire(tm). It is everything we say it is. I've been cooking on pellet grills since 1991, and this igniter is a game changer in the pellet grill world. I get full fire in my firepot in 2:00-2:30. Smoke begins in about 1 minute. I believe that with 3.0 software on my Pellet Boss, I am able to get up to grill temp. faster than previous pellet grills. The duribility factor of the FlashFire is a "one and done" scenario for current MAK owners. If you've ever replaced your igniter, believe me, IT IS WORTH IT to switch over to FlashFire. I;ve shown how it works to a couple of other brand of pellet grill owners, and they are green with envy. And most likely will become MAK owners. Once again, MAK leads the way in the pellet grill world. How cool is that!

Here is how I install in Serial # 186. With the hopper out I made a template with masking tape. Notice the tape hangs over the edge. You can see in the later photos the rows are connected at the ends with tape going in the opposite direction. This will keep it all together when you peel it off. When drilling the hole in the base start with the bolts in the holes of the tape template then slowly lower using the bolts as guide to get it in place. After drilling the holes with the bit supplied knock the burrs of with a larger bit as shown. Once assembled if the bolt holes are off a little just run the drill bit MAK supplied to line everything up. 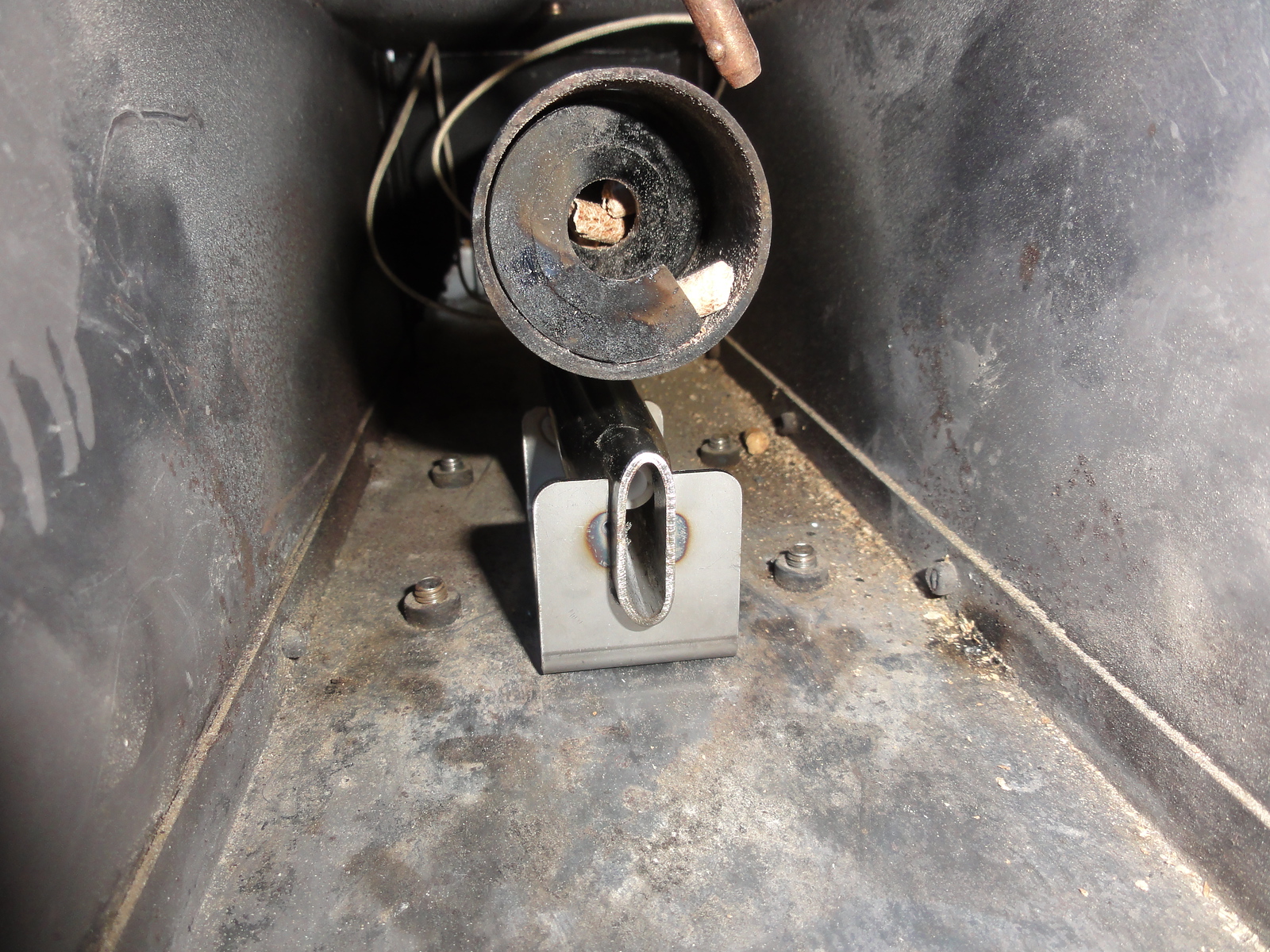 Hey Jim! We actually have a metal template that we sent you on Friday (I emailed you to let you know we have one on the way to you to spare you having to do all that). It's got four holes that line up with those 4 rivets on the bottom (which don't need to be drilled out), and two smaller holes to show exactly where you'll need to drill from the underside.

So anyone will a 2 Star with serial numbers 790 and below can request the template, and it'll make it a much simpler and easier process!

I installed mine today. Took me a little longer than 20 minutes but I'm an old retired banker. This new system rips! Much quicker pellet ignition than with the previous fire rod.
O

KyNola said:
I installed mine today. Took me a little longer than 20 minutes but I'm an old retired banker. This new system rips! Much quicker pellet ignition than with the previous fire rod.
Click to expand...

My new Flash Fire (tm) is on the way. I had some troubles with my igniter, and this should be my answer!

It will be onionhead! I absolutely love the new ignitor!!
O

scooter said:
It will be onionhead! I absolutely love the new ignitor!!
Click to expand...

Scooter, I received my new Flash Fire (tm) in the mail yesterday. I installed it immediately and had it running. WOW! This is quick and smooth. The only trouble I had with installation was finding the fuse on the Pellet Boss. Thirty seconds of searching, and I found it. This new Flash Fire solves a lot of annoying headaches. My igniter was starting to swell on the end, and had tripped the GFI already. It was on its way out. Matt and Katrina, at MAK, helped me get the Flash Fire, and now I have 89,998 lights left to go. My grandchildren will be using those! Thank you, MAK!

onionhead said:
My igniter was starting to swell on the end... It was on its way out.
Click to expand...

Yep, that's the same issue I was talking about in my original post. Bulging at the end, and it made it harder to get the firepot in place.

Yep, the old ignitor being situated inside the firepot and constantly exposed to that harsh environment takes a toll. The new FlashFire being situated outside of the firepot will reduce the abuse and extend the life of the ignitor!

This works so much better . I did get the template the following day,me hitch I will use on the other MAK. Even the way I did it wasn't a hard job at all and worth the effort

This is yet another example of MAK continually working at making the best pellet grill on the planet....and not forgetting owners of older grills.
B

Installed my new Flashfire this afternoon. It was an easy install and worked very well -like a blow torch.
And thanks to Katrina for shipping me the Pellet Boss firmware updater in the same box so I was able to update to FW Version 3.0 at the same time.
Last edited: Apr 21, 2016
N

How much quicker does the grill to about 275 as compared to before?

nileriver said:
How much quicker does the grill to about 275 as compared to before?
Click to expand...

Ironically, the cook we just did this past weekend was at 275°, and with the new FlashFire ignitor I'd say it shaved about 5 minutes off the time easily.
S

I got my FlashFire Ignitor to replace my old one that no longer works but my MAK 2 is #481 and I don't have any rivets to drill out. What else can I do as I need to use it on Friday and have people coming over for a BBQ! I originally got the grill from Big Poppa Smokers so shouldn't they have known to send me a template too?