Break out the cookbooks and old favs...really just break out the smoekr and show us your stuff for Big Poppa Bucks

Been a couple weeks since I entered. Need to get back in the saddle. Hope the rain holds off. Let's get it on!

Big Poppa said:
Break out the cookbooks and old favs...
Click to expand...

yes, that's what I want, it's cold and rainy and I'm craving comfort food!

Here are the players...

Started with making the rice. After the rice is finished you need to mix it in a bowl with 2 tablespoons Balsamic Vinegar, 2 tablespoons smoked sugar, and one tablespoon Sea Salt...

Now set the rice to the side for later. Time to marinate the Tri-Tip steak, thin Pork Chops, and the Beef Sirloin Tips thin cut. I loaded them in my Foodsaver vacuum marinator with Soy Vay Veri Veri Island Teriyaki...

Next is time to cut the flank steak to put on skewers and marinate in Oyster Sauce...

Now it was time to fire up the Memphis with the grill zone insert.

Start with the sirloin for a 3 minute sear...

Next was the thin pork chops...

Then the Tri-Tip steak...

And last was the skewered flank steak...

Now the broccoli and the bean sprouts go into a hot skillet with some peanut oil for a quick stir fry. Stir fry on high for about 5 minutes to give them color then add 1/8 cup warm water, cover, and remove from heat. It will continue to cook be still be crisp...

Time to make some meat Sushi. Started with the seaweed wrap, rice, sirloin, and cream cheese...

Made another roll with pork chop, rice, and cream cheese...

Also made Tri-Tip sashimi. Here is everything plated...

The broccoli and sprouts were topped with a Soy Vay Sesame Dressing and candied bacon...

The Pork Chop Sushi topped with avocado and Housin Sauce...

And the Tri-Tip sashimi. It almost looks like seared tuna. It was topped with avocado and housin sauce...

And the skewered flank steak with oyster sauce...

This is the first time I have made sushi of any kind. This meal was just fantastic!

Thanks for looking
W

Muebe ok i give up Im not going post this weekend now. That looks outstanding well done.
7

Pales in comparison to what I've seen on here, but what the heck, here's my first contest entry

First Fattie on the Yoder

Started off with some onions, peppers, and taters from our garden (forgot to grab a pic of the taters... shredded them hashbrown style)

Dug out some bacon and sausage from the freezer earlier...

First attempt at a bacon weave

Loaded it up with the sauteed onions, peppers, potatoes, and some blended shredded cheese

Here it is part way through the cook... added another package of bacon to the top rack so I can make a stash of breakfast burritos this weekend.

Pulled at IT 165, then had to toss in the oven to keep warm while I ran the kiddo to cross country practice

The hubby and oldest daughter threw together some scrambled eggs while I was gone.

Next time I'm planning to throw it under the broiler for a few minutes to crisp up the bacon. It was a HUGE hit, quickly devoured, and in the future I'll definitely make two of them to feed the 7 of us

wneill20 said:
Muebe ok i give up Im not going post this weekend now. That looks outstanding well done.
Click to expand...

no, no , no don't think that way, everything is contest worthy, you never know what the judge is going to like

Deb said:
no, no , no don't think that way, everything is contest worthy, you never know what the judge is going to like
Click to expand...


Amen! I have won when I didn't think I had a chance.

Gotta put this monster on the night before. 9 ½ pound pork butt.

Lets see what is going on it!

Grind it up and rub it on

Onto the Mak with proper pellets

Got a little water in the mak to help

Lets move on. How about some deep fried onion straws and fried dill pickles.

For the Onion straws

Well after about 17 hours this bad boy is done

See that juice underneath? Oh ya that is the bomb!

Made some NC slaw earlier

Look at this pork Money Muscle!

Pulled and ready to eat!

Lets give this Tri tip thing a go.

Frist I needed to do a little cleaning. Cleaning is easier with a beverage

Not too bad. What is left over after a rib and 2-3 chicken cooks.

Are you nursing that beer? BBQ was too clean...

Not bad looking. Would have liked a little more sear but internal temps were getting too high.

Mom showed me a great way to make taco shells using the microwave. put them in a paper towel, 10-20 seconds, flip, 10-20 seconds... repeat until crispy. They are pretty good and a bit healthier than frying them. Way better than store purchased shells.
Last edited: Sep 30, 2012

the pictures aren't showing up

ever get the munchies?

me too. the only difference between you and me. i have alot of charcoal and a weber.

FLBentRider said:
Amen! I have won when I didn't think I had a chance.
Click to expand...

And it's about the game anyway.. winning is just a bonus!

No big menu nor anything special this weekend. But I didn't grill burgers since a longer time and this one was very tasty: A burger with iceberg lettuce, chopped onions, sliced cherry tomatos, bacon, swiss cheese and Sweet Baby Ray's Raspberry Chipotle BBQ sauce. 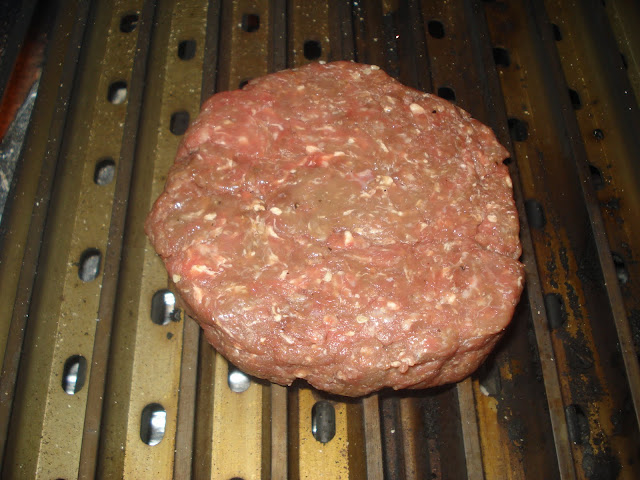 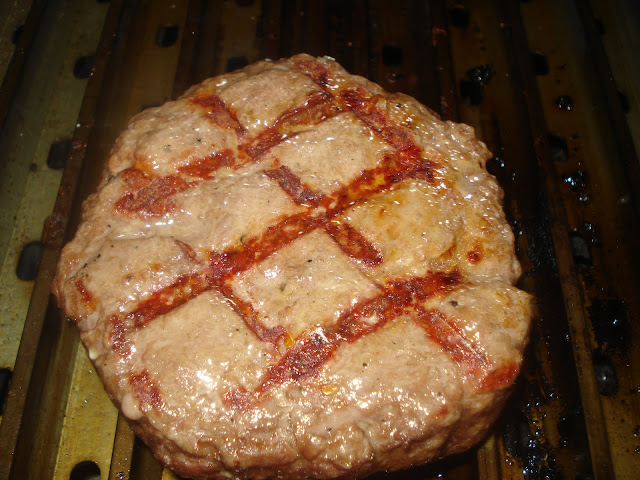 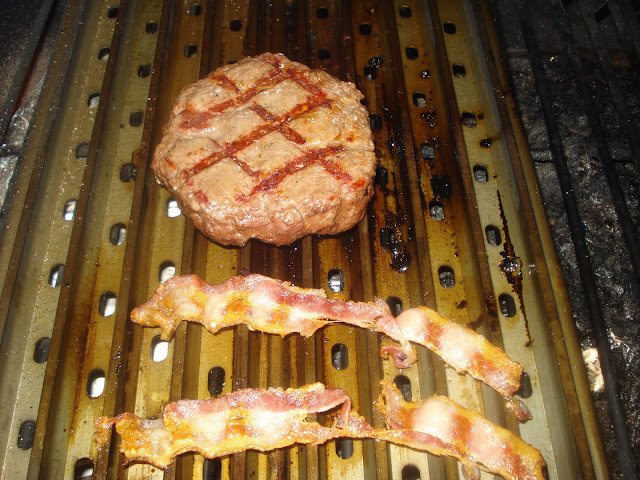 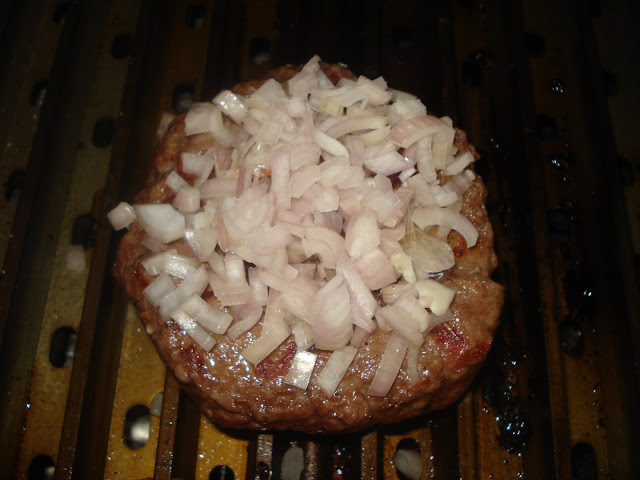 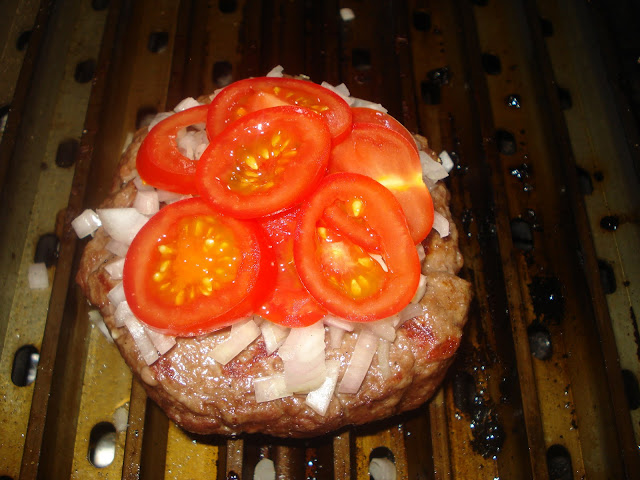 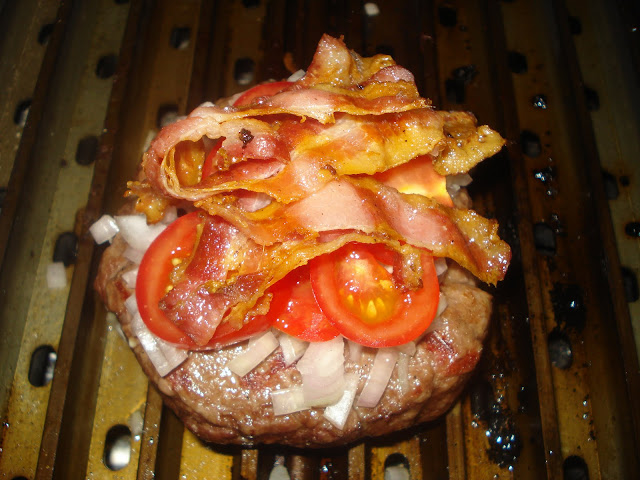 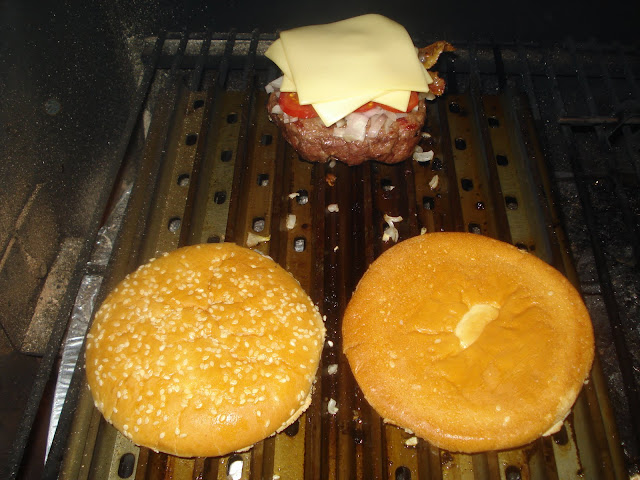 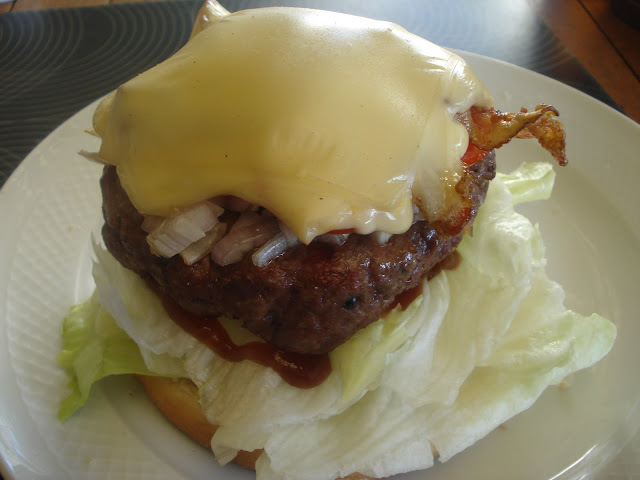 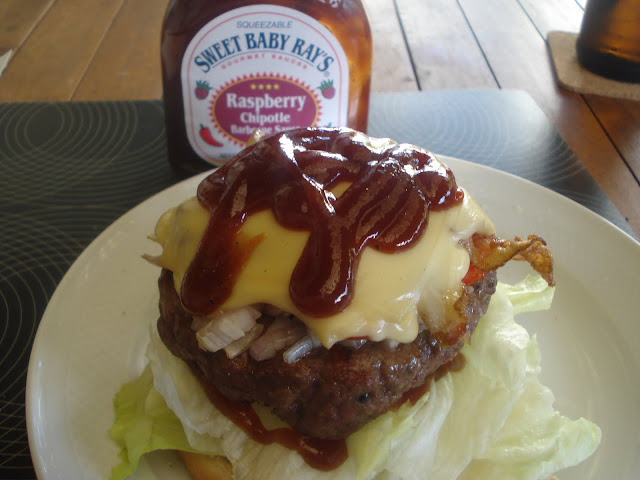 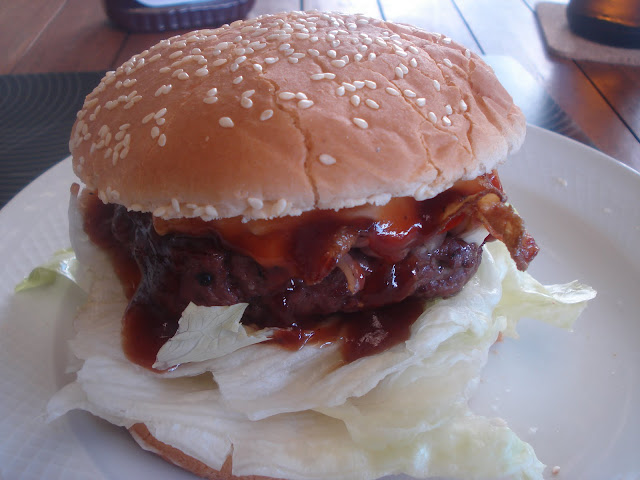 All Aboard the S.S. Bent

I know many of you use a similar technique but, I took this weekends smoke from an inspired cook Bent did a few weeks ago...

Out to BERTA for a little smokey... 225 using BBQD Mesquite pellets

Wrapped her up tight and let BERTA do her thing until IT hit about 205.